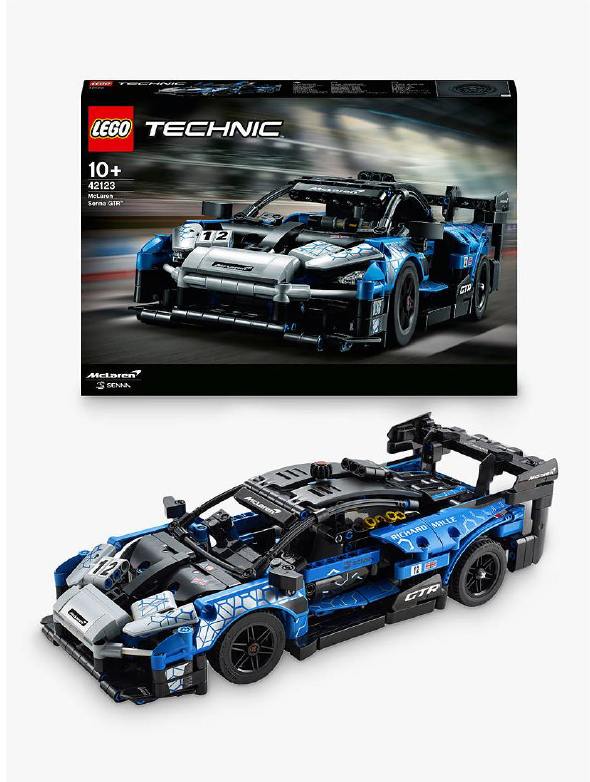 Looking for the ultimate gift for a child or teenager with a passion for toy supercars? The LEGO® Technic McLaren Senna GTR™ LEGO® set (42123) is a great choice that will also fascinate adult McLaren fans! Equipped with a myriad of highly realistic features inspired by the iconic racing supercar for real, this collectible model toy is sure to set more than one’s pulses racing.Realistic details and powerful performanceThe McLaren Senna GTR is a car unlike any other. And this spectacular LEGO Technic toy version is just as impressive. Check out the V8 engine with moving pistons, the iconic dihedral doors that open, as well as the genuine colors and graphic motifs – they’re just like the real thing. Open the door to the world of engineering The LEGO Technic sets reproduce highly realistic movements and mechanisms that allow LEGO builders to enter the world of engineering in an accessible and practical way.