Worldwide presentation of the new McLaren Artura and McLaren Barcelona privileged to have the vehicle in our facilities and to organise an exclusive launch event.

On 17th March we had the honour of launching the new McLaren Artura from the McLaren Barcelona facility exclusively and privately for some of our customers. Artura is a plug-in hybrid supercar; the first new-generation, high-performance, mass-produced hybrid with all the power of McLaren.

It combines 680 horsepower originating from a 585 horsepower 3.0-litre twin-turbo V6 engine and a 95 horsepower electric powertrain.
The Artura delivers performance, dynamics and driver engagement in a thrilling way.

The McLaren Artura measures 4.53 metres long, 1.91 metres wide and 1.19 metres high, with a wheelbase of 2.64 metres. It weighs a minimum of 1,395 kilograms, although with fluids it comes in at 1,498 kilograms. This light weight is achieved thanks to a new, carbon fibre-specific platform, known as MCLA or McLaren Carbon Lightweight Architecture.

The MCLA weighs just 82 kilograms, offsetting much of the 130 kilograms of the new plug-in hybrid system. It includes a battery compartment, among other features.

Its front suspension is double wishbone, but the innovation is concentrated on the rear axle, which receives a completely redesigned suspension. It retains a triangle at the upper end, but the lower end is transformed into a multi-link system, thus separating the attachment points to increase rigidity.

It features a system known as Proactive Damper Control, which modulates the compression of the hydraulic dampers based on sensor readings of the road conditions in front of the vehicle. The data is processed in less than 0.002 seconds.

The Artura’s brakes are carboceramic with lightweight aluminium pistons. The front discs – six pistons – measure 390 millimetres, while the rear discs – four – are 380 millimetres.

Pirelli has developed specific markings for its P Zero Corsa and P Zero Winter for this model. The front tyres are 235/35Z R19 and the rear 295/35 R20. They feature Pirelli Cyber Tyre technology, which means that they integrate a chip that can monitor temperature, pressure and other tyre data.

The two exhaust outlets occupy a central, upper position at the rear of the car, and are positioned as a continuation of the V-shape of the internal combustion engine. This frees up the diffuser area to maximise airflow.

The lights are full-led. The headlamps have 21 LED clusters each. Four are responsible for the high beam, five for the low beam and the remaining 12 illuminate the road according to the direction of the vehicle, giving the lighting an active character. 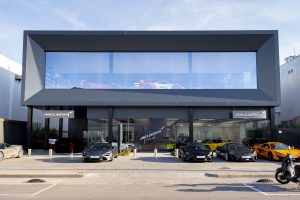 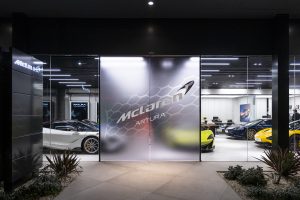 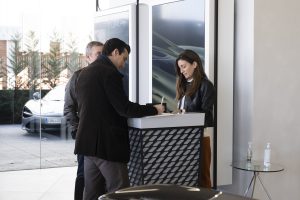 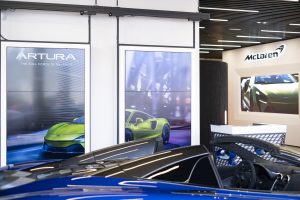 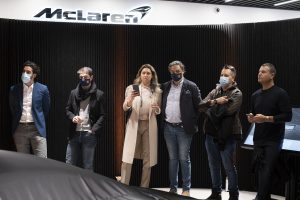 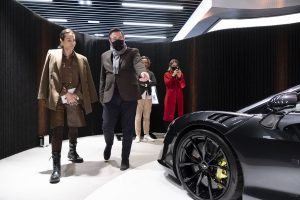 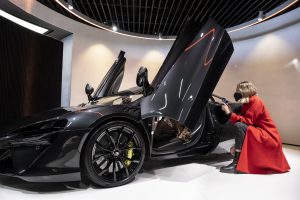 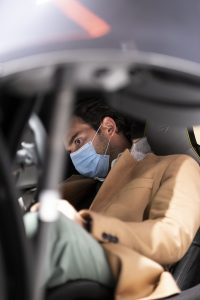 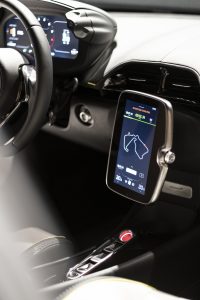 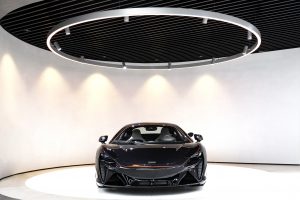 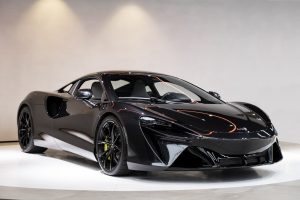 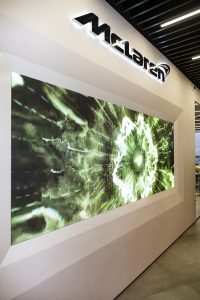 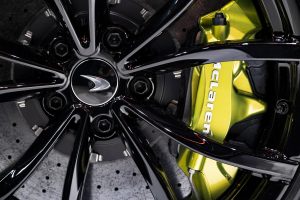 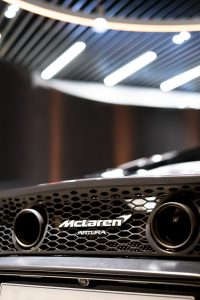 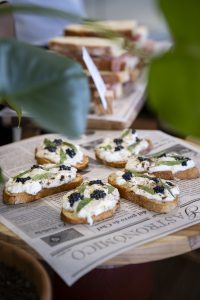 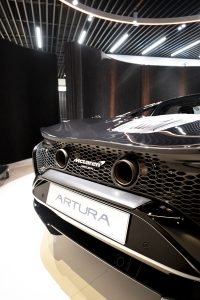 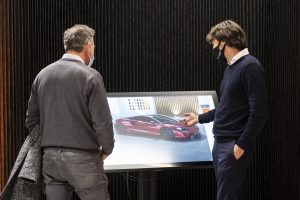 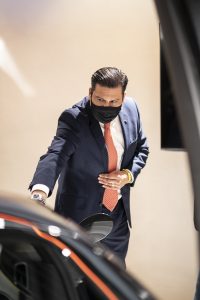 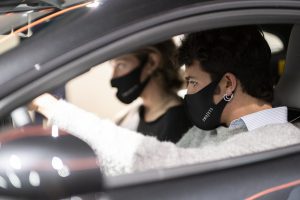 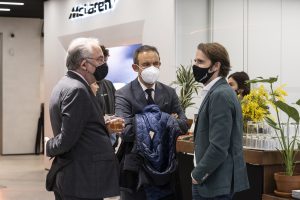 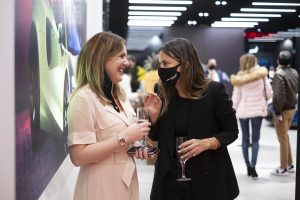 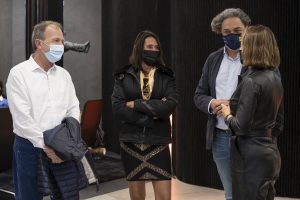 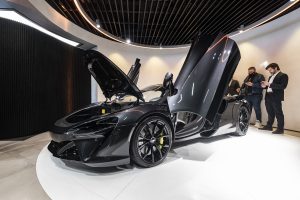 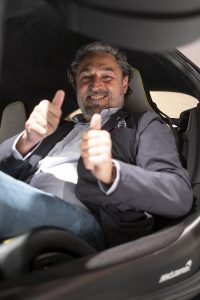 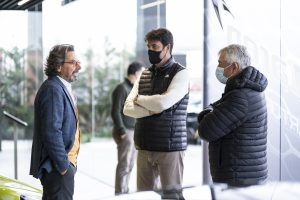